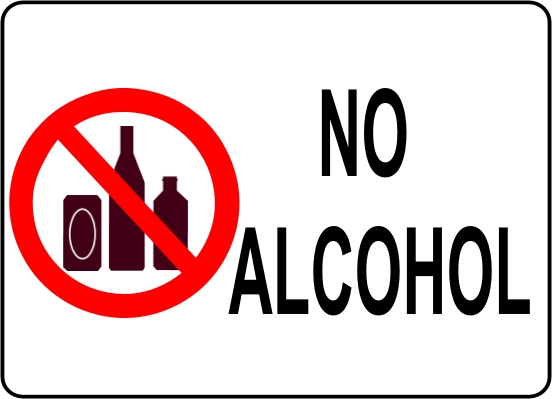 While many people think of drinking as a mainstay of college life, there are campuses where that isn’t necessarily the case. In fact, many colleges don’t even allow alcohol on campus. Colleges that adopt this policy are called “dry campuses.”

While these schools make up a minority of colleges, it’s a good idea to check into your college’s rules regarding alcohol before you find out the hard way. Private colleges (especially those with religious affiliations) are more likely to be dry than public schools.

If a college advertises itself as having a dry campus, there will be zero tolerance for breaking the rules: if you are in possession of alcohol, you’re going to be in trouble. And it’ll probably be fairly serious trouble. Getting caught on a dry campus is not something that you want to risk. So be smart about it.

What should I do if I want to drink?

Fortunately for you, it’s not expected that everyone on a dry campus will completely refrain from alcohol, so there’s no way that you can get in trouble for drinking if it’s off-campus.

If you’re over 21, you can go out to a local bar without risking getting caught doing something you shouldn’t (unless you signed a drug-free pledge when you got to school, which a few colleges require).

If you live in an off-campus apartment, or have friends that do, you can have a few drinks there whenever you’d like. As long as you’re not on school grounds, you can pretty much do whatever you’d like.

It’s a caution against getting back on campus if you’re really drunk, however, as there’s a possibility that your public safety officers may not like that very much.

It gets a little more complicated if you’re under 21. Dry schools are much more likely to have pretty harsh punishments for underage drinking, especially if it happens on campus. You might get off with a warning the first time (if you’re lucky), but if it happens more than once, you can count on some pretty severe consequences, including—in extreme cases—being expelled. So it’s really not something that you want to mess around with.

But, we all know that the risks won’t stop everyone. So you have to be smart about it.

If you have to go out drinking on the weekends, make sure that you’re going somewhere off-campus. Just like we mentioned before, off-campus apartments and houses are safe (from college authorities, anyway—you still don’t want to get too rowdy and get busted by the cops).

And if you’ve been drinking at all, don’t even go near campus. Thursday, Friday, and Saturday nights have always been the big party nights, and public safety officers will be on the prowl. If you’re showing any signs of having had a drink or two, stay at a friend’s house.

Again, it just comes down to being smart about what you’re doing.

Benefits of Living On Campus

How to Get Acquainted with Your Campus

The Importance of College Bookstore